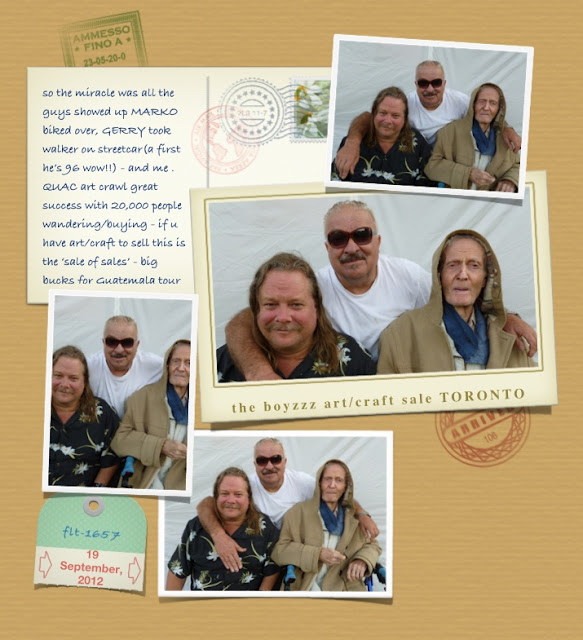 MARKO POLAKIWSKY's life with bi-polar illness is documented in Evanchuck's MARKO'sMANIA a half hour doc - GERRY McCORD plays a small part in it walking along Queen west with MARKO a decade ago or more ago...
Posted by movieshandmade at 07:55 No comments: 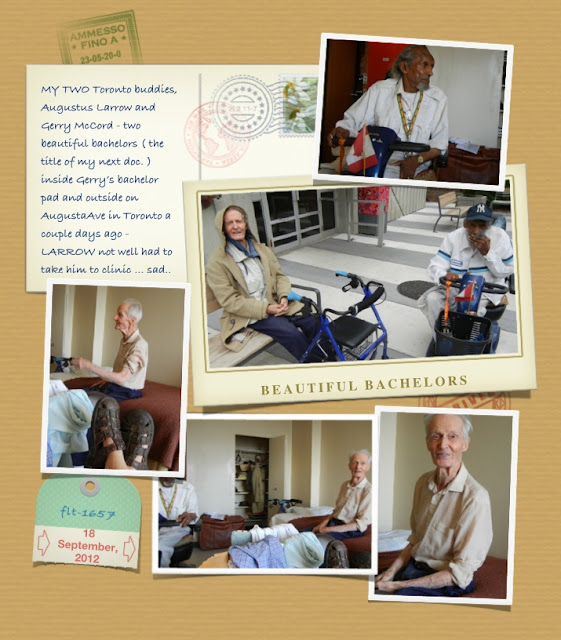 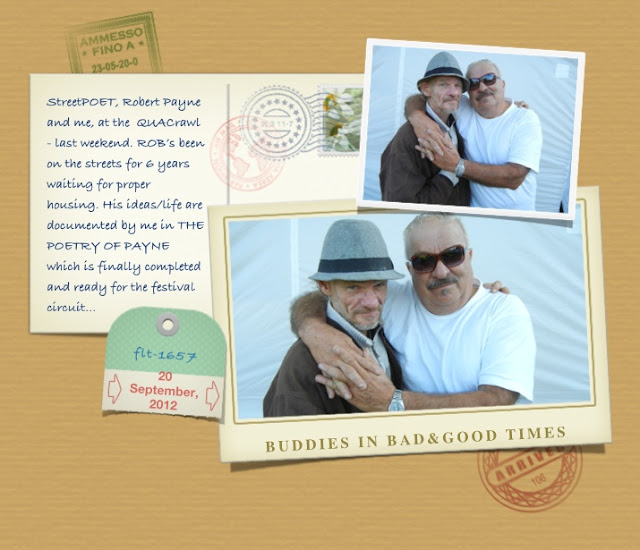 Last weekend at Toronto's QUACrawl at Trinity Park about 20,000 guests and 250 artists including us showed&sold their creative work - buddies dropped by to help out and chat - good fun had by all - after celebrated at JAVA HUT with MILLS organic brews using my Garden 'sroom moola to pay the tab..
Posted by movieshandmade at 07:46 No comments: 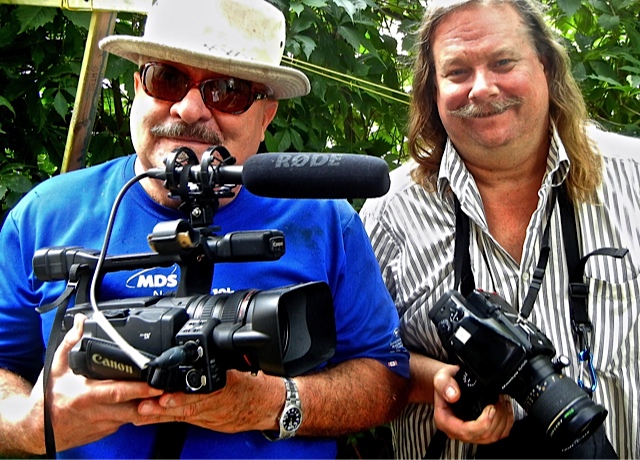 PETER EVANCHUCK and MARKO POLAKIWSKY pose for HELENE LACELLE's camera before they take off to continue the NB UNESCO World Heritage BIOSPHERE shoot. Based in Chipman, they will spend time shooting the Biosphere then camp overnights as they move thru NS capturing the UNESCO world Heritage sites at GRAND PRE, JOGGINS and LUNENBERG. This is a lifelong documentation for MARKO who has crisscrossed Canada many times shooting, like Ansel Adams, using a 6x4.5 format Mamiya 645 . He and Evanchuck first started the documentary MARKO'sMANIA  in 1999 when they went across eastern Canada recording the sites. After a ten year hiatus, MARKO has overcome his bi-polar illness to continue pursuing his dream to document and publish a book on all the Canadian Heritage sites. Meanwhile Evanchuck is, with the help of HELENE LACELLE and MC SARDA, completing several documentaries on marginalized, good people who have overcome serious problems to pursue a life in creative work to contribute to their life and the lives of others.

Posted by movieshandmade at 10:25 No comments: